Philip and Christeen Grant of “Sitamani”:

Apart from a few really chilly days, this winter has been very mild. Frost has browned the grasses and the lack of any significant rainfall has further dried out the summer vegetation. However, way ahead of it’s usual flowering, Greyia sutherlandia is covered in blossom, though they are rather shrivelled by the dry hot winds. Halleria lucida have many bees and attendant birds foraging among the bright orange flowers. There was a wonderful showing of Buddleja salvifolia are about to bloom and for the first part of June a Buddleja dysophylla shrub was laden with flowers. A few Gazania krebsiana flowers have come up in burnt tracer-lines. Most evenings we still have Reedbuck grazing near the house, a lovely sighting was a mum with twin young, also a fine male Reedbuck has been seen on the ridge. Duiker are seen most mornings just before sunrise. Flocks of seedeaters in winter plumage swirl around the tall grasses, mainly Red-collared Widowbirds and Grey-headed Canaries. Other birds seen include Drakensberg Prinias, Southern Black Tits, Wailing Cisticolas, Malachite and Southern Double-Collared Sunbirds. Night birds, Spotted Eagle Owls, Fiery-Necked Nightjars and Fluff-Tails can be heard calling. Many bees, ladybirds, carpenter bees and large mating amour-coated grasshoppers are about. 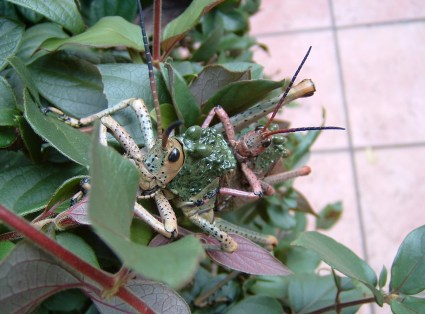 Peter and Karen Geldart of “Cocquidale”:

John and Ann Black of “Elandshoek”:

Single Blesbuck seen amongst cows; and on one occasion, together with two Oribi.. Six Denham’s Bustards on occasion.

A pair of Jackal Buzzard attending to their evening meal on the ground, of a bird they had caught, were interupted by a troublesome pair of Lanner Falcon diving bombing them repeatedly, which in turn were being harrassed by two White Necked Ravens, all this to the accompaniment of some Cape Crows strutting aroung and below all these goings on. The Jackal Buzzards completed their meal!

Sue and Rory Brighton at “Elandsvlei”:

The inaugural Eland’s River walk which is part of the Midlands Conservancies Forum calendar of regualr walks took place on Friday 29 June.  Pat Cahill, one of the party who walked through the fields and along the banks of the river, sent this picture. Next walk at 9am on 27 July. 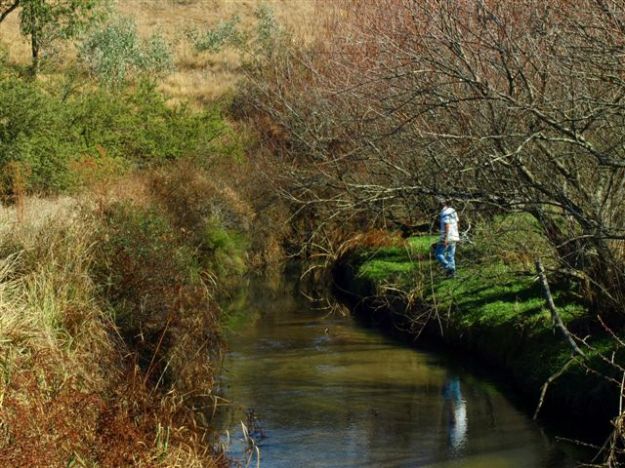 Rob and Celia Speirs at “The Rockeries”:

David Clulow of “The Willows:

Late May – a Water Mongoose shot out of the brambles on the Elands river bank, across my path, yelping (if that is the sound) in fright , and disappeared into more roughage on the other side. 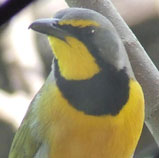 The variety of songs and calls, which the Bokmakierie can manage are astounding. This one graces the early morning daily at the window, and can sing beautifully but also utter some resounding squawks. One of the hens which inhabits “The Willows” garden, has produced 8 tiny chicks, and within minutes a Long-crested eagle was overhead, fortunately hovering above and letting out frequent warning whistles. The numbers of Helmeted Guineafowl seen are encouraging – these, part of a larger flock, were on “The Willows”:

50 to 60 Helmeted Guineafowl; Sacred Ibis daily; while burning firebreaks, saw a male Common Reedbuck and separately a female with half-grown youngster; the 5 Barn Owl chicks have flown the nest in the shed, but return daily and watch for meals; hear a Spotted Eagle-Owl often.

NIgel and Tracy Murray of “Treylon”

Ian and Jenny Lawrence of “Endeavour”:

The winter landscape may look bleak, but birds provide plenty of colour to lift one’s mood. What’s nicer than a flash of turquoise as the Brown-hooded Kingfisher hawks insects in the garden, or a Bokmakierie calling in golden splendour. 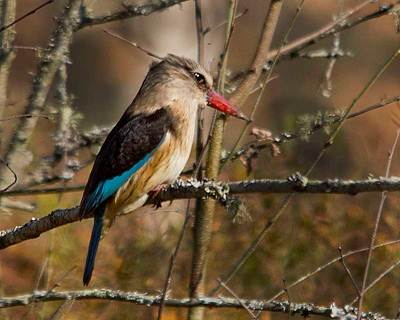 And early morning the African Olive (Rameron) Pigeons find a useful spot to wait for the sun to warm them up. 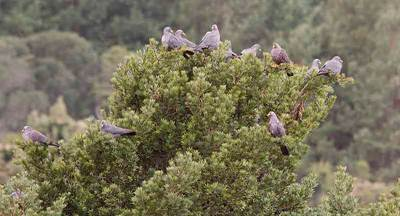 Also from the African Crane Conservation Programme: “Grey Crowned Cranes have now been officially uplisted globally from Vulnerable to Endangered on the IUCN Red Data List http://www.birdlife.org/action/science/species/global_species_programme/whats_new.html. This uplisting is due to their decline of between 65 and 80% over the last 45 years primarily due to habitat loss and the illegal removal of birds from the wild.” 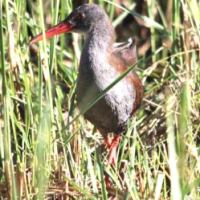 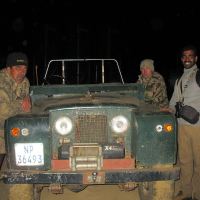 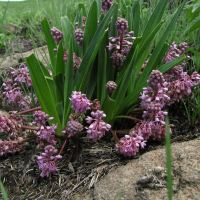 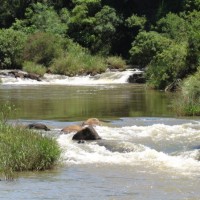 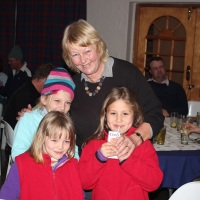