Boophane and Bushman’s tea – not words one would normally associate with suburbia. However, on a recent walk through the steep north facing grassland in World’s View Conservancy, these were just two of the interesting plants we found.

The Conservancy hosted other members of the Midlands Conservancies Forum to show off their work and the treasures that they have uncovered in the area. First stop was the View Site which they help to maintain by doing regular litter clean ups. This is also the spot where their popular Carols by Candlelight event is held. “Last year it was quite magical” Elli Hamilton says “the mist was really thick and the bagpipes playing created a wonderful atmosphere.” 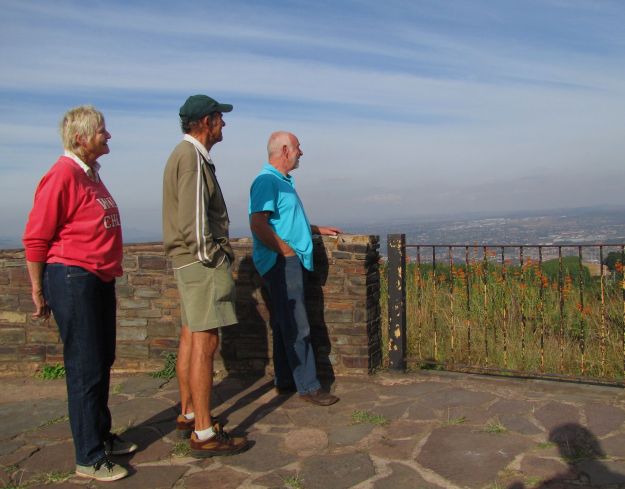 We explore the area, chatting about the Voortrekker road which passed this way hundreds of years ago. There is still evidence of that in the grooves the wheels gouged in the rocks and this “brake rock”. Apparently the wagons were tethered to the rock as they descended to slow them down. Howard Richardson is a mine of interesting information about the Heritage Site.

At this time of year, the aloes are all about to burst into bloom and it would be well worth visiting the area in a few weeks’ time. 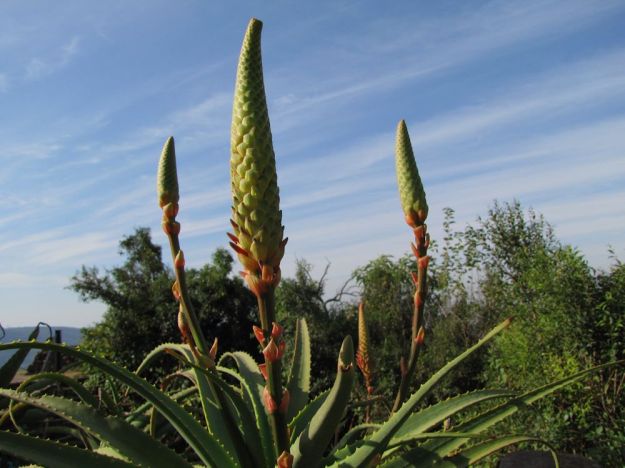 Then, the real treat – a patch of untransformed grassland perched precariously between the R103 and the pine plantations on top of the ridge.

Although nothing is in flower at the moment, we found all sorts of interesting plants including the above mentioned Boophane disticha and Bushman’s tea – Athrixia phylicoides.

Read about some of the other treasures to be found in a recent blog post World’s View is Worth Conserving. After searching for the splendid specimen of Boophane in the long grass, Len carefully hid it again as it is popular medicinal plant and might be at risk from muthi gatherers. “This is our jewel” he said proudly as a Red Admiral butterfly flitted past and three Long-Crested Eagles swirled overhead.

Then we headed into the green desert  which comprise 80% of the Conservancy area – the plantations – along the old abandoned railway line, passing through a 100 year old tunnel. This line, known as the Townhill Deviation, was abandoned in the 1960’s when the Cedara Twin Tunnels were built (still in use today).

We came across an old station platform – the Teteleku Station, now completely overgrown. The foundations of the Station Master’s cottage and an enormous avocado tree still bearing fruit are remnants of a life long gone.

Amongst the invasive plants, a few indigenous species cling on bravely, like this pretty pink Pavonia.

The Conservancy is justifiably proud of the work they have done uncovering parts of the Teteleku Stream and original wetlands. This will be an on going project, but is already having a positive impact on the amount of water flowing down the hill. 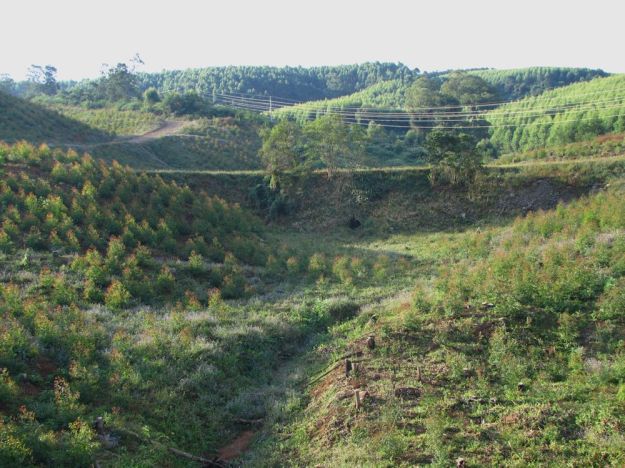 We come to an area where the DUCT River Care team are hard at work clearing the banks of a tributary of the Dorpspruit. The banks have been infested with Ginger and Bugweed, but the water is now visible and we can hear it as it cascades over some rocks out of view. “Now that is a special sound” says Elli. 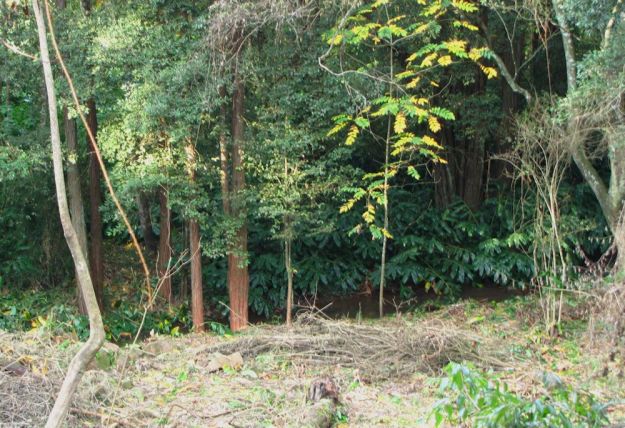 Back at the Girl Guides Hall on top of the ridge, welcome and delicious refreshments await. Howard and Pat Wilkinson do interesting presentations on the area and the efforts of the Conservancy to protect the natural heritage – animals (including caracal), 98 species of birds and endangered plants – and cultural heritage for posterity. Well done, World’s View Conservancy. 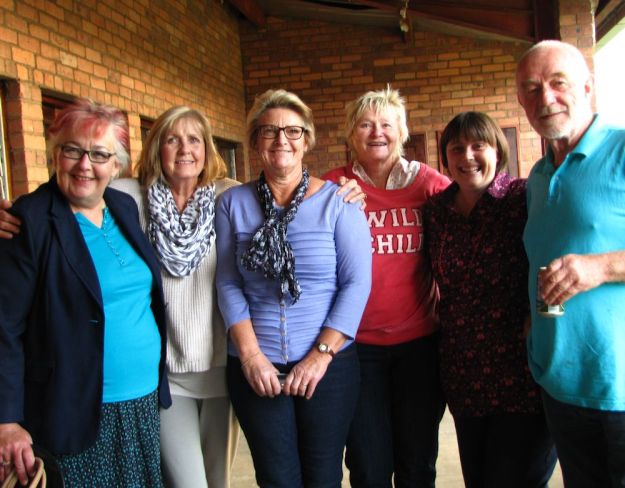 4 thoughts on “Boophane and Bushman’s Tea”