As I’ve been away for most of February I have concentrated on the beautiful moths that settle outside the kitchen door most evenings. 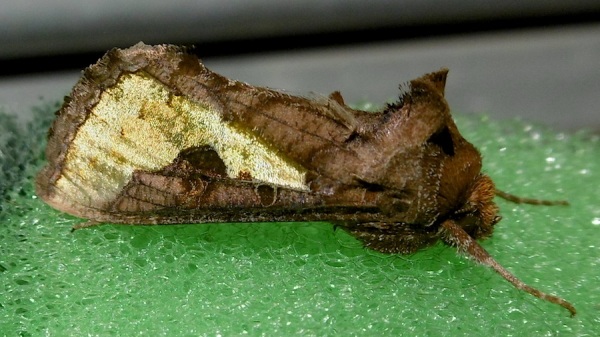 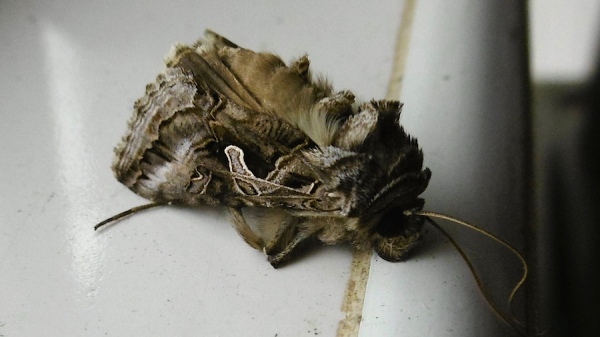 plus four with no name…. 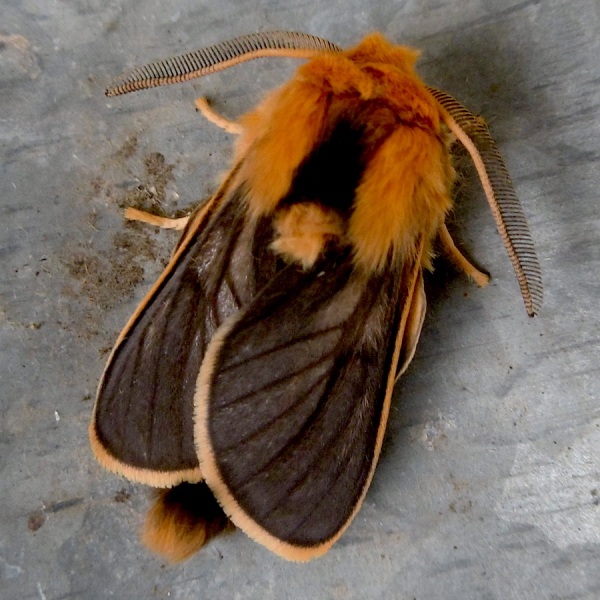 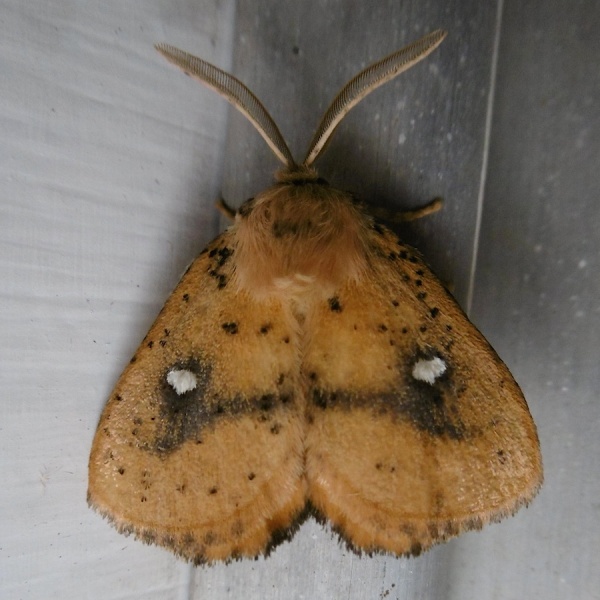 The two main flowers out this month have been Watsonia densiflora and Kniphofia augustifolia. 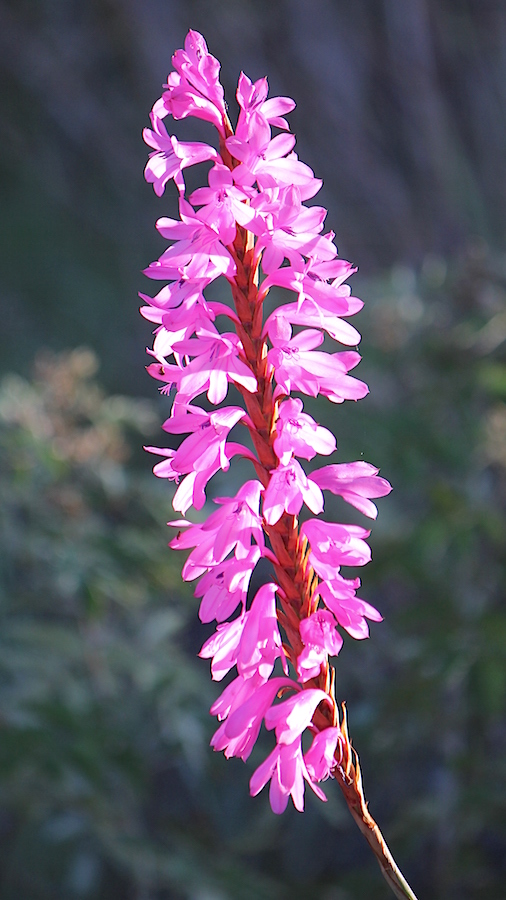 We have experienced strong winds in February just before thunderstorms and sadly a beautiful Amethyst Sunbird nest was blown out of a tree.

Then I spotted a Spectacled Weaver nest only partially completed, obviously the female’s exacting standards hadn’t been met.

There have been some very beautiful sunrises and one evening a perfectly clear sky just after sunset with the evening star shining bright.

Sunset with an evening star

Several pairs of Grey Crowned Cranes appear to have bred successfully this summer. I saw chicks with their parents at at least four sites in the district.

The pair on The Willows and Gramarye produced three chicks, but two must have been predated as by the end of the month there was only one still with the adults.

Talking about cranes, it has been a delight to see floater flocks of Grey Crowned Cranes numbering about 20 flying between Harmony and Netherby farms at dawn and dusk.

An uncommon visitor this month at the dam on The Drift was a Purple Heron.

While driving to the Geldart’s cottages on Boston View a heard a loud click coming from trees right next to the car and managed to snap a picture of an African Goshawk before it disappeared from view.

Birding was good in February, with most migrants still present, like the Barn Swallows who will be leaving for Europe soon. 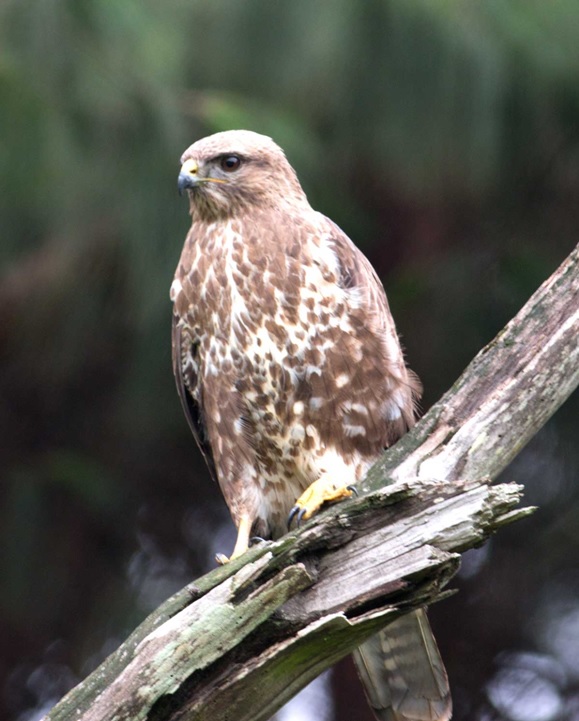 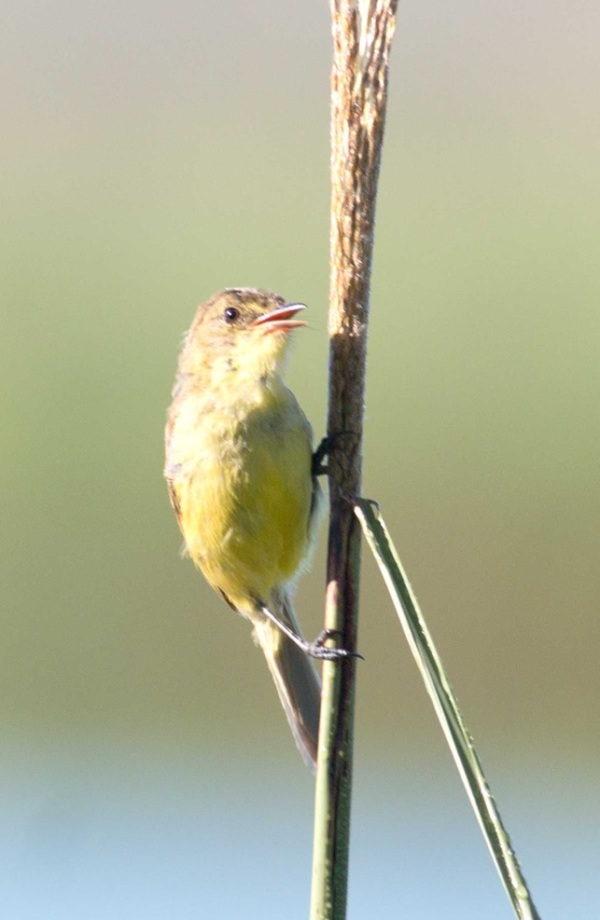 Red-collared Widowbird, Bokmakierie, Cormorant, (you can tell the cormorants apart by the colour of their eyes) White-breasted Cormorant (green eye)

Two sightings of serval cat. One in the forest where I ride and one on the road near Everglades hotel. Both of them jumped into the bushes and disappeared when I got near. Mountain reedbuck in the forest and Vervet monkeys at my stables. 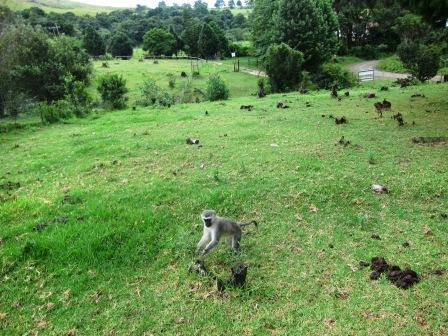 The following is an account I put on my facebook page on 12 February. I was driving towards town in the morning and as I came through the forest near Mafagatini, I saw a jackal come out of the forest onto the grass. The poor thing had its whole head stuck in a two litre plastic bottle of maas. It couldn’t see where it was going and trotted around in circles. I pulled over and jumped out of the car and made my way quietly over to it. It had fallen down and got back up again resuming its circular path, and as it came by me I grabbed the maas bottle handle. So, now I’d got the jackal and I started to ease off the bottle. I think it realised what was happening and started pulling against me as the bottle was working its way up its neck towards its ears. The jackal had been trying to get at the maas and bitten a hole in the plastic and then got stuck in there once it had put its head through. Then the ears came through and the jackal was free. It took one look at me, it’s eyes widened in shock and fear from having a human so close. It turned tail and ran back into the forest. What a lovely animal to see up close and I came away happy that I’d saved it from a long and painful death. What a start to the morning. 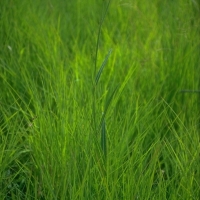