It was a chilly and damp start to the day and the children looked very apprehensive as they arrived at school. A small group of eco club kids rushed over to me and asked if we would still be going (our last date was postponed) and I replied “we go even if it SNOWS“, which had them laughing. We spent the first 10 minutes reorganising into the previously picked teams, distributing bandanas, clipboards and booklets to each team. 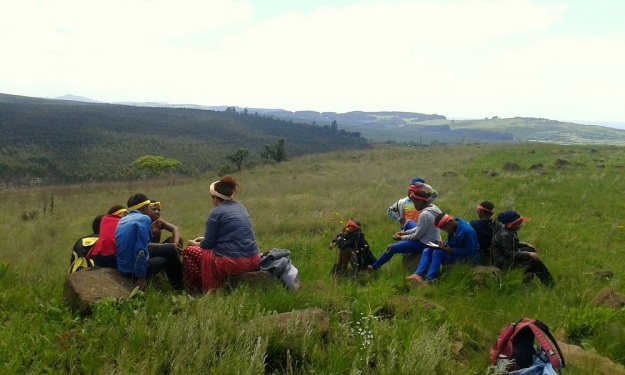 Eve & Dave arrived and we loaded everyone into their vehicles and Leslé, Rejoice, Beverley and I followed in our vehicles. When we arrived on the hill an adult was allocated to each team. After reminding everyone to look for anything tiny and unusual, we set out to climb the hill. 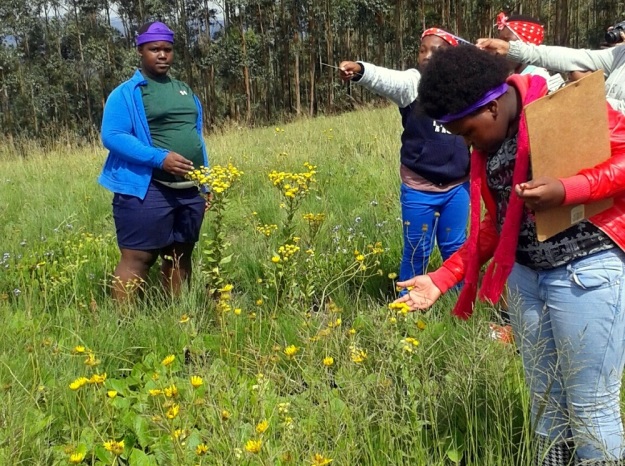 Immediately, the children were engrossed in finding dew laden spider webs, ants, a porcupine hole and lots of varieties of grasses and flowers. each group went at it’s own pace and each group had a different adult with different knowledge. It turned out that teacher Rejoice was a total star and had grown up near a grassland and she identified lots of flowers and plants not necessarily by name but by use, which was fascinating. 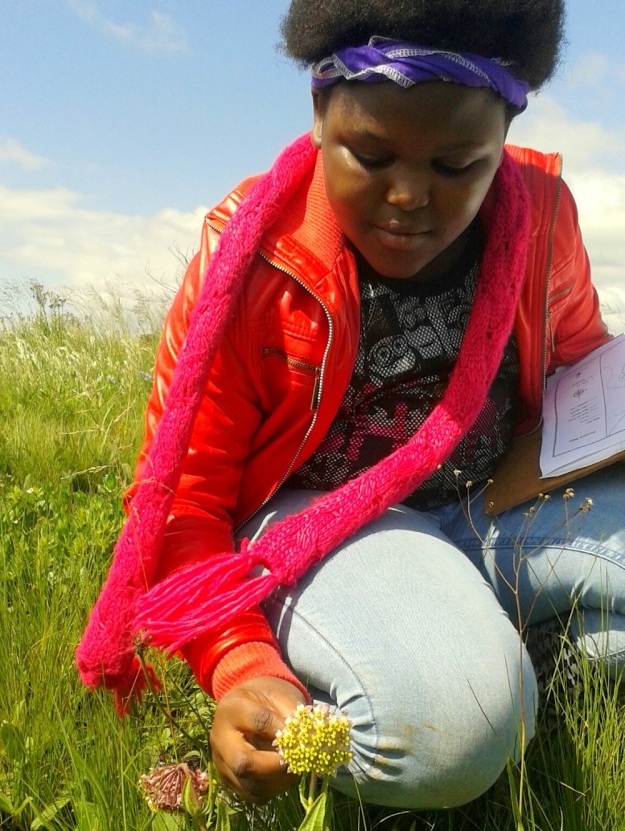 She also spotted a shed snakeskin wrapped around a plant which we had all missed. On reaching the top of the hill each group was amazed by the view of Howick, Midmar, Mpophomeni and beyond. 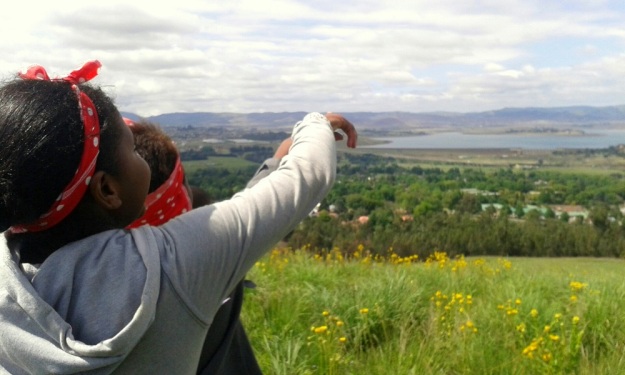 They really enjoyed identifying places and spotting trains moving through the landscape. They also then looked at their maps and tried to figure out the different keys. We took some time to let everyone relax and just ‘breathe’. By the time we reached the beacon everyone was watching where they were stepping, asking questions and being engaged. The weather had changed and it was sparkling sunshine with a light breeze- just perfect! We doled out apples and snacks and the group was allowed some more freedom to enjoy the view and the place.

We finally headed down the hill and back to school and the children settled down to write about what they thought of the day. They really loved the outing and found it amazing that there was such a ‘cool’ place near to their school. 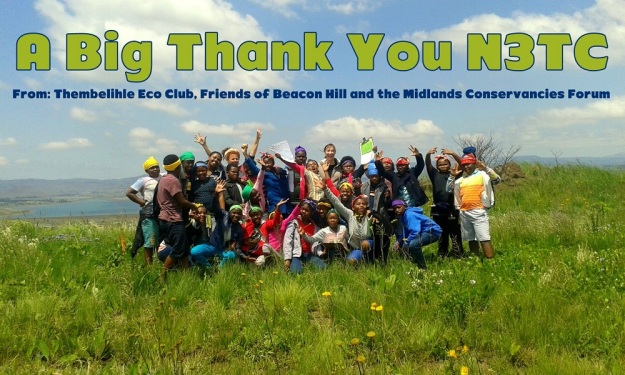 “Today was a cool day, Beacon Hill is a cool place! I saw different plants and flowers and even a crab. We have not seen these before.” – Lwandiswa Shange

“Thanks for an outstanding outing. Much fun, learning, and exploration was had by all the Grade 5 Love Bugs. You guys are superstars” – Beverley Cameron (teacher) 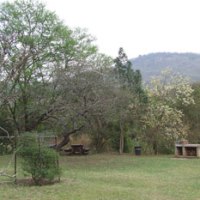 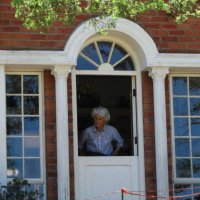 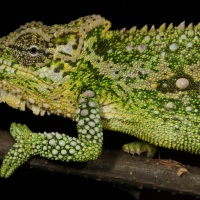 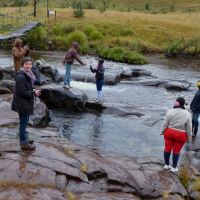