The Oribi (Ourebia ourebi) is a highly specialized antelope inhabiting African temperate grasslands. The Oribi is a small antelope with a similar size and appearance to a steenbok and a shoulder height nearly reaching 60cm. Males are differentiated from females by having horns (straight horns that curve slightly forward) and being slightly bigger than females.

In South Africa, their numbers are thought to have declined in recent years based on the reported rate of illegal hunting, and they now exist in only a few formally protected areas, with the bulk of their population occurring on privately-owned land. The Oribi is a useful flagship species for highlighting the value of and threats to grasslands. Only 2.4% of South Africa’s grasslands are formally conserved and over 60% have already been irreversibly transformed. The ever increasing threat from expanding mining operations throughout the biome is likely to increase the amount of irreversibly transformed habitat significantly in the near future. Grasslands are the water and food production centres of the country and also one of the key centres of urban development. It is crucial that we protect the remaining natural grasslands.

For this reason the Endangered Wildlife Trust and a number of partners have been working consistently over the years in order to sustain and manage existing populations and to curb and reduce the impacts of known threats to the species.

The 2013 Oribi Survey, which started in the beginning of September and ended in October marks the third year of consecutive annual surveys of this endangered species. It was good to see more people supporting the survey in 2013 and this increase in participation shows hope for Oribi and the mission going forward will be to encourage more effective conservation efforts through increased awareness and collaboration.

The Oribi Survey is one of the initiatives run by the Oribi Working Group to monitor this endangered antelope across South Africa. The Oribi Working Group, which consists of members from the Endangered Wildlife Trust (EWT), Ezemvelo KZN Wildlife (EKZNW), NCT Forestry Cooperative Limited, Wildlands Conservation Trust and the University of KwaZulu-Natal (UKZN), is committed to the conservation of Oribi, whether on protected land or private land.

After sending out forms via emails, calling landowners and the publication of Oribi Survey articles in the media, a total of 219 replies were received and the results follow below.

From the 219 returns, 92 were from KwaZulu-Natal, 37 from Mpumalanga, 2 from Gauteng, 1 from the Free State, 1 from Limpopo and 83 from Eastern Cape (please note some returns are combined into regions or districts). 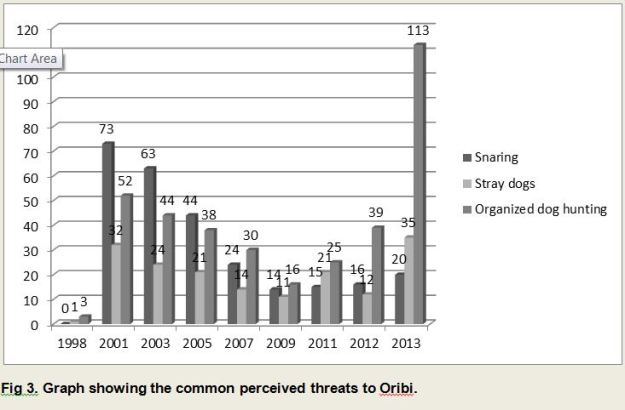 If nothing is done about it, the numbers of this species will continue to decline. Habitat quality, habitat management and protection from poaching determine Oribi densities, which can range from one Oribi per 30ha to one per 8ha. An increase in reported illegal hunting with dogs over the past five years is of particular concern and it is important to note that while reporting rates of illegal hunting with dogs was high in 2000 to 2005 recent illegal hunting is in the form of large organized gambling syndicates which are considerably more destructive than the local sport or food hunting of the past. The exaggerated spike in reporting of this form of hunting is considered a real increase but may be enhanced as a result of the increased effort into addressing this issue. Either way it is significant concern for this species and many others. 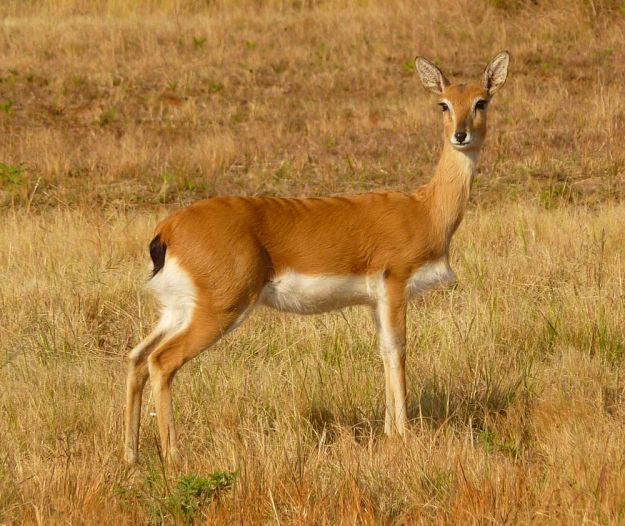 One common problem faced by participants in the survey is not being able to determine the gender of the Oribi and the fact that they hide makes it difficult to count them. For this reason we have not included the gender in the results of the survey. Oribi almost always occur in groups of 2-5 animals with one male per group.

The results of the 2013 survey show a considerable increase in Oribi numbers and a consistent population growth since 2007. This result needs to be considered carefully and is unlikely an indication of an actual population growth but rather a consistent improvement in survey effort and improved counting methods. It is also important to note that a number of protected areas within KZN have been included in this survey and were not included in previous years. The 2013 survey showed a total of nearly 3000 Oribi actually counted which suggests that the overall population could be considerably higher than previously thought.

The Oribi Working Group would like to thank all the participants for taking part and for their time to complete and return the survey. It is because of these people that we are able to access information to save the Oribi as this information helps us understand more about the threats and location of the threats faced by the Oribi throughout South Africa.

A big thank you again to all who forwarded and spread the word of the 2013 Oribi survey, it is highly appreciated. We are optimistic that in 2014’s Oribi Survey we will reach more people with an increase in number of survey returns.

1 thought on “How many Oribi are left?” 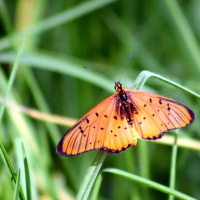 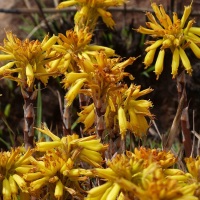