Jill has written the most delightful story about the wildlife she lives with. It is a bit long to include here, but a highly reccommended read on the Dargle Local Living blog.  Click on the link for the full story.

A snippet to whet your appetite: “Since both my old dogs died, I decided to live with all these creatures who actually do not need feeding at all. No vets bills, no hair in the house, no pet food to buy at vast expense, no poo on the lawn! Just a few bird droppings on the deck.”

Saw a mummy bushpig and four babies in a terrible hurry on our drive a week ago.  The first sighting of littlies for 16 years!

Came across a troop of Baboons while climbing iNhlosane. Decided best to retreat.

Found this amazing mushroom near the pine plantation. A Stinkhorn I believe.

Our orchard is full of Helichrysum and dandelions and looks like a lovely golden meadow. The bees have made their hive in the middle of the orchard so don’t need to fly too far away. The bees have been very active during the few sunny days we’ve had, but I wonder how they are coping with the rain and what effect this will have on pollination. 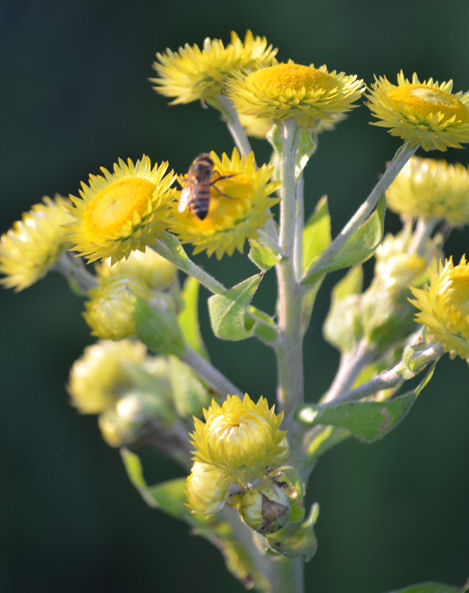 The African Hoopoes have been very busy all month feeding their babies under the eaves our roof, and it seems that the young Hoopoes have now left the nest.

We saw two male Buffspotted Flufftails in the garden near the house just a few metres from each other. Both were calling loudly and probably competing for territory.

This is the first of our new chameleon birthings in the grassland below the house.  Only counted 7 on 12 November, normally we have 10-12 babies in the first round.

November continues very wet and muddy up here, with dams overflowing walls and creating huge excitement in getting in and out of our driveway! Sunshine has been at a premium so far and washing has taken over the clothes dryer which has almost permanently taken up residence next to the Esse stove in the kitchen, following the dictum of trying to tap the electricity grid as little as possible!

Even in all the wet,we have still had a spectacular showing from the aliens from outer space which have proliferated in the lawn this year. (Stag stinkhorns). 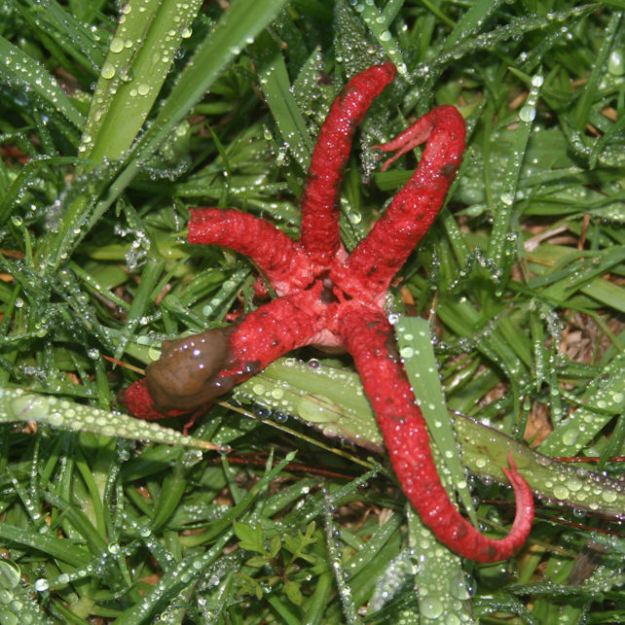 The Spurwing geese have completely invaded the wetland and we now have about 7 in residence. They are enjoying the wet! A pair of Blue Cranes are resident on the hills surrounding the house and we hear them calling every day. We are richly blessed to be able to report the “same old” fish eagles, buzzards, kites and owls are all still seen and heard regularly. The flufftails are still calling, as are the cuckoos.

The frogs and toads are also very happy with the weather and little green river frogs have taken up residence in all the puddles on the driveway, so now we have to try to avoid puddles so that we don’t squash frogs. This makes the trip along the driveway even more hazardous than usual.

The Cape Chestnuts have burst into bloom in our indigenous forests, creating pink islands in the verdant greenery. The monkeys and baboons are back in full force and we have heard the Knysna Loeries (or whatever they are called now) calling up and down the indigenous forest below the house. The streams and waterfalls are all in full spate and the sound of rushing water surrounds us.

The dreaded porcupine is back and preying upon any arum lily it can find, especially the Zantedeschia aethiopica, not so much the little Z. albomaculata and valida. We have been overjoyed to see an increase in the Dierama and Gladioli on the farm. We hope the wonderful rain continues throughout the rest of the Summer, but could tentatively wish for the odd sunny day in between.

My saddest of stories which broke our hearts was a pair of blue crane that had been visting all winter.  She decided to lay her 2 eggs in our vlei about 30metres from our dam.  It was wonderful.  We could watch her from our verandah thru the binocs at any time.

A few days later I walked to the dam at about 4pm – she was grazing on the hill – and there, next to her eggs was a jackal.  I chased it away but came home with a heavy heart as knew that it would return that night, which of course, it did.  Eggs gone.

Next day, Mom and dad stood next to the empty nest for a few hours and eventually flew off.  I was so sad to see them go and thought they would not return.  For a few days we saw them on our neighbours farm and I thought perhaps she would lay near their dam.  But lo and behold.  They were back and she was now preparing a nest on a small island a few metres inside the dam.  The day she laid her one egg, we had had a heavy rain the night before and the dam started to fill up rapidly from the streams. She frantically stuck her head in the water picking up stones and sand and placing them around her egg  trying to raise  the nest higher.  This went on all day.  We had to leave for Mozambique the next day and asked our house sitter to check on the pair of crane.  Needless to say, the nest got flooded and they flew off once more.

Seen the secretary bird about 3 times.  For the first time we saw about 10 egrets arriving amongst our nguni herd.  They are always down in Lidgetton but never here.  Unfortunately they left and have not returned.  The shell duck have moved off.  7 blue crane arrived at the dam on the 28th Nov. Pat saw a blackbellied korhaan swimming in a puddle of water on our road after a storm. One sunday a stanleys bustard walked across the hill in front of our house. 3 canaries nesting in my standard roses.  2 babies fell out and died.  One left her nest and the other is sitting on 3 eggs. The wagtail hatched out one baby in my jasmine creeper., Jackal buzzard on top of cross in the mist., Red collared widow bird, 3 or 4 spoonbill permanent residents at the moment.

The jackal have been a real nuisance.  When walking one afternoon about 5pm we saw our ngunis chasing something down the hill – yes, the jackal.  It was like a game. He would run and stop and look back at them, and then the chase would start again.  What was funny was watching one of the calves chasing it, tail flying in the air. 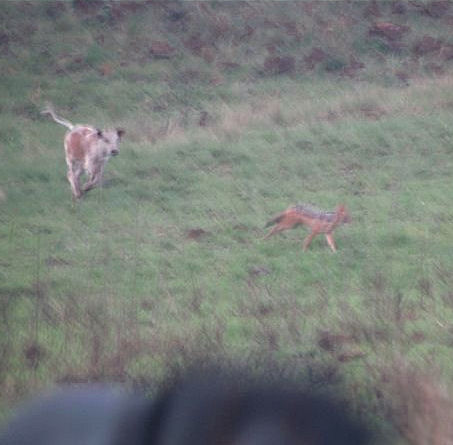 I saw one male oribi and Pat saw 2 oribi at different times of the month down in front of the house.  Still lots of reed buck. Found a dead baby rabbit on my front porch and a few days later another one sleeping in my formal garden.  Have no idea how they got there.  I put him on other side of our fence and prayed he would not get taken by the jackal or the martial eagle. Male duiker

Mammals: Plenty of Samangos about. A couple of tiny duiker, a big Reedbuck ram, 2 bush buck does.