Here’s an unusual sighting – a Praying Mantis “riding” a bicycle!

Praying Mantis fits in with the KZN Midlands lifestyle.

We climbed Inhlosane in a stiff autumn wind – the view of the changing colours of the landscape and fast-sailing clouds was incomparable, as was the huge eagle that flew straight over our heads as soon as we opened the first weissbier at the top… 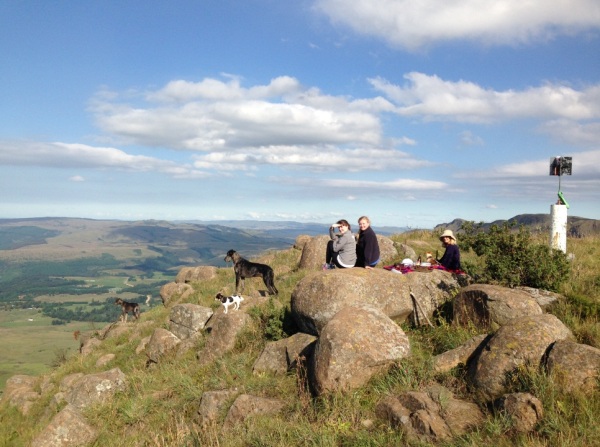 There seemed to be beautiful, late-blooming flowers in every crevice and cranny of the mountain. 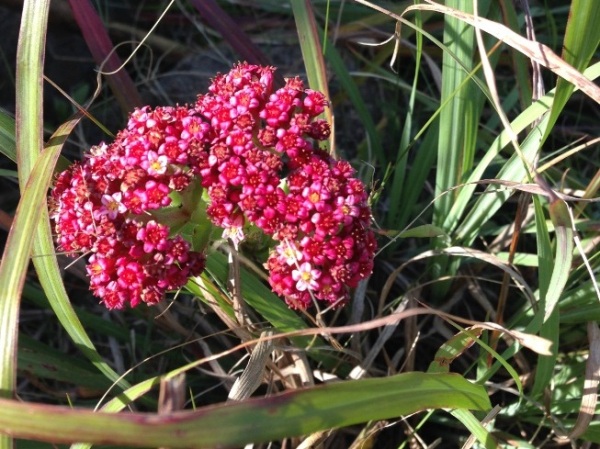 At Bukamanzi the spiders and beetles get odder and odder looking, but I’m quite fond of them now: This shy, translucent one hides under the rose leaves.

There’s a rather mad-looking orange and black one who turned up in the kindling basket. 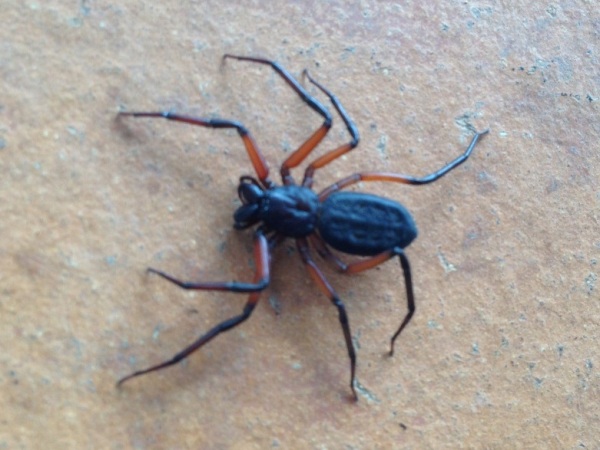 And a beetle with a back that looks like a Congolese mask.

Otherwise it’s been the usual Reedbuck, jackal and vervet monkeys but no sign of the resident genet or duiker in while.

A new addition is the resident snake, Sir Hiss, who I trod on one afternoon on the sunny door-mat. He streaked away like molten toffee being thrown in the air, a wild line of green, as I yelled and jumped up and down on the kitchen table for a good hour. After I described him to her, Helen Booysen thought it must have been a boomslang. She would know, after finding Barend with one whirling around his head like a kite. As snakes go it was wonderful to look at but like a mad horse I still shy away stupidly from hose-pipes/dropped tea-towels/dead sticks.

Our bit of the valley has had an especially fine blaze of autumn colour and flowers: 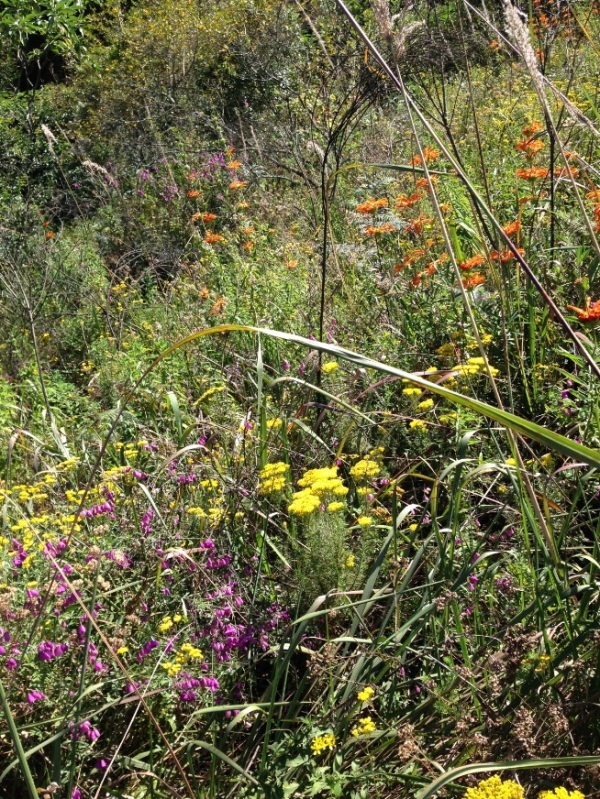 And as ever it’s the details that really stay with one long after the big showy scenes have faded from memory:

I think we are extraordinarily privileged to be able to observe wildlife at close quarters – often from the comfort of our favourite chair. Over the top of my computer screen, I was able to watch this gorgeous Golden Orb Web spider for a few weeks. 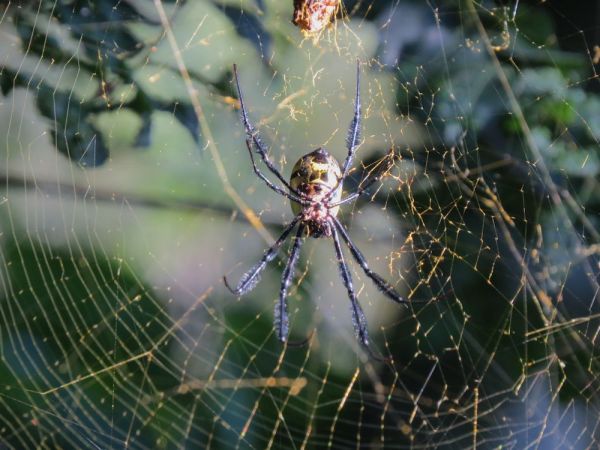 The low sun catching the threads of the web and creating sparkles in the partial shade of the forest. Quite challenging to photograph.

After a windy day, red Halleria lucida blossoms were caught in the web creating a really festive forest decoration. She is gone now.

Just outside, Hadedas built a nest in the Kiggelaria africana tree and hatched two babies. Once again, I was able to observe them at leisure, which was a treat, although the droppings made the most awful mess on the shrubs and patio beneath. Astonishing how two big chicks managed to perch on the tiny, flimsy nest. Before the fledged, they hopped from branch to branch stretching their wings. 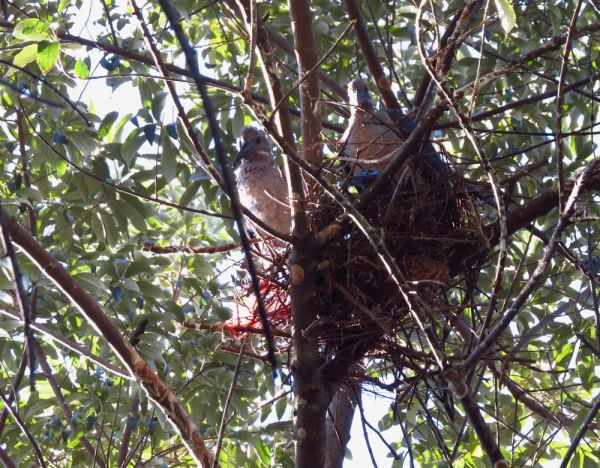 A Midlands Autumn classic is the blaze of Leonotis leonaurus across fields and along roadsides. They are particularly spectacular this year. 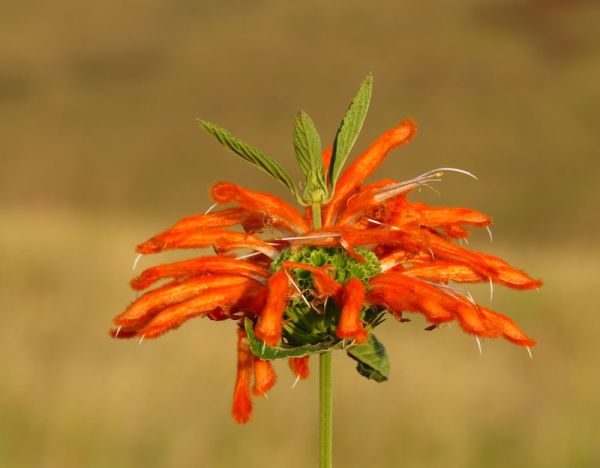 Also still in flower in the long grass is the dainty, parasitic Striga bilabiata. The pinkish mauve flowers with prominent veins are borne on hairy, plum coloured stems. 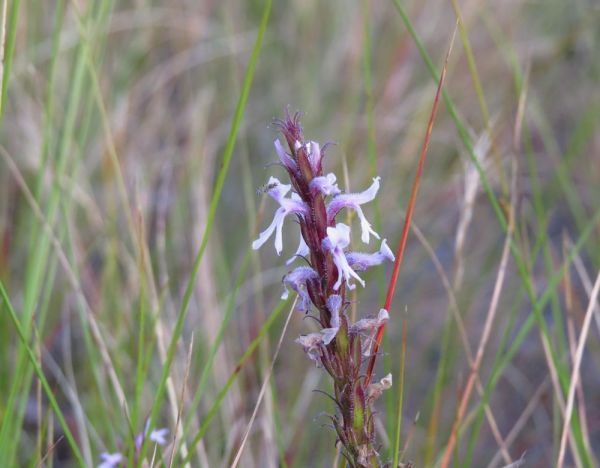 Veronia natalensis (I think) is also still flowering. The dark purple contrasts beautifully with the gold, bronze and russet grasses. 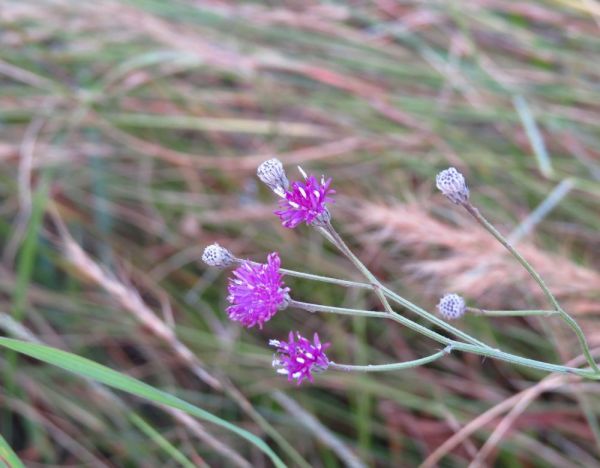 Not so natural, but spectacular nonetheless, are the seed heads of Blackjacks (Bidens pilosa) along paths in the grassland. 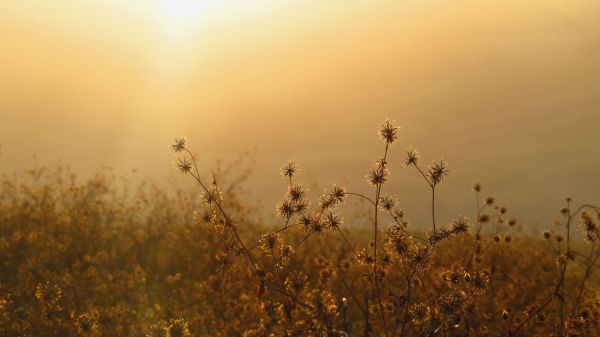 Also in the grassland, there are lots of buck to be seen. I spotted Oribi (a group of three), Common Duiker and Reedbuck. 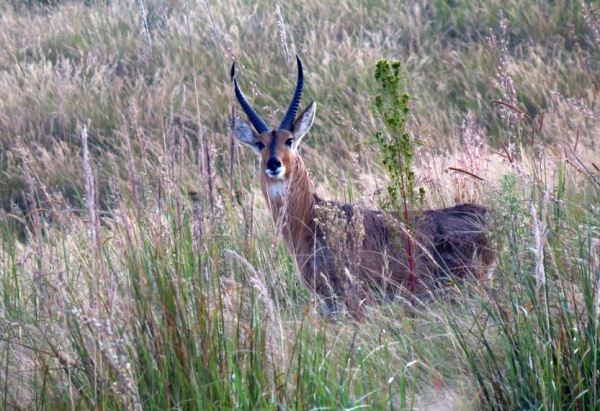 Relaxing in the sunshine in the middle of the road one afternoon was this beautiful Midlands Dwarf Chameleon (Bradypodion thamnobates). I moved him out of harm’s way and took some photos. Lucky me.

With much of our grass having been cut and the weather allowing for some green growth, the numbers of Reedbuck spotted have increased somewhat in recent weeks.

One of our members of staff was fortunately alerted by a scuffle in the bushes on the way to work recently and, on investigating, discovered a rather exhausted Serval (Leptailurus serval) caught in a snare. Not wanting to unnecessarily alarm the poor animal, I called on Free-Me and SA Can for assistance and they both reacted immediately. With a blanket over its head, the serval was soon calmed and the snare around its rump was quickly removed. A thorough examination surprisingly revealed no injuries whatsoever and the cat was released back into the bush. Many thanks for the prompt and expert help from these two wonderful organisations. 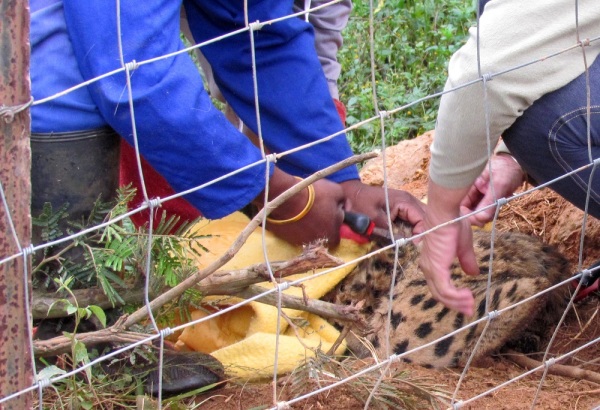 Serval trapped in snare. Free-me and SA CAN helped to free it. 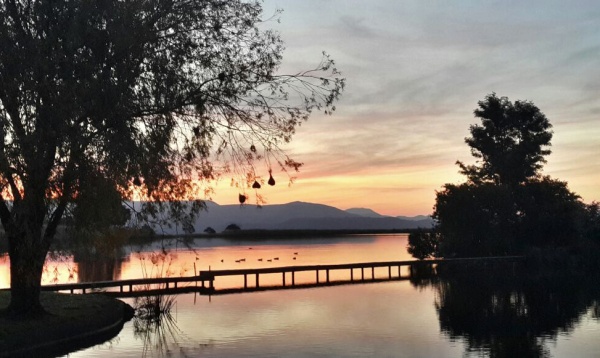 Some lovely sightings in April and May: 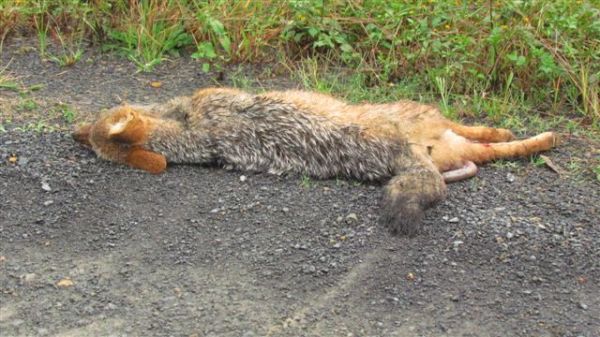 Dead jackal on D17 – run over during the night. 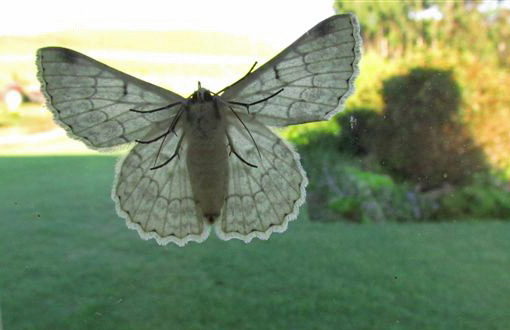 This moth was on the window when I drew the curtains one morning – no idea of its identity.

These lizards are very social and run in and out the rocks while I am gardening. 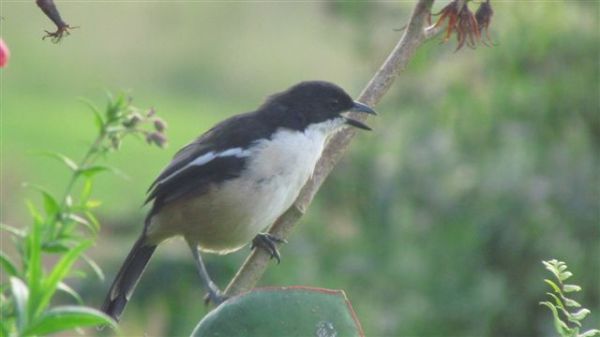 Southern Boubou shrieking at her partner down below her

I think this is a reed frog in its brown colouring.

Buff-streaked Chats having a bath one hot morning

Reed cormorant drying its wings after diving in and out the pond all morning eating crabs and frogs.

We have had 5 female water buck on the farm this month. They seem to hide during the day in the gum trees and come out in the early evening to drink at the dam.

An Aardvark dug this huge hole in our driveway. We filled it in but he came back several times and dug it out again. So presumably heaps of termites down this hole.

Cattle Egrets and Reed cormorants settling down for the night. 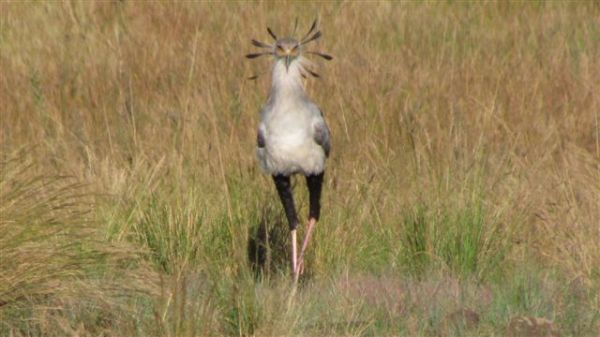 Crowned crane on power lines at dusk – juvenile in the middle with small crown.

We have had a pair of Blacksmith plovers sleeping in our garden each evening – they would walk around the house with their distinct tink tink sound waking me up.