The Midlands Conservancies Forum believes that protecting the water catchment on which millions of people rely for their daily water is absolutely critical.  An approach to N3 Toll Concession earlier this year, confirmed that they too care about the well being of communities alongside the N3 Route and were keen to support efforts to raise awareness of the plight of our rivers. The Mayday for Rivers team, lead by Penny Rees who walked 311 kms along the Mngeni River last year, begin to explore the Lion’s River this weekend.  Documenting their journey, recording alien vegetation and other impacts, to produce a complete picture of the health of the river. 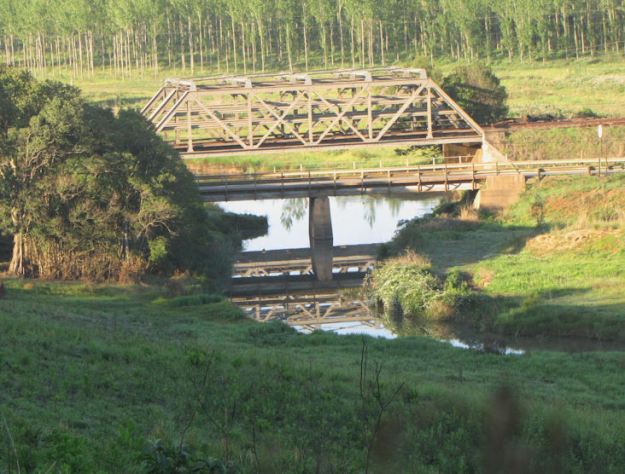 Penny Rees commments: “The campaign in May 2012 made it quite evident that the Mngeni river has many negative impacts along its length. The team have reported on these impacts, and made recommendations of possible intervention actions that can be taken to resolve and remove many of the impacts. However they observed that many of these impacts originate in the Mngeni tributaries, and it is thus essential to be able to identify negative impacts on the tributaries. Without this knowledge, working purely on the Mngeni River, will be ineffective.  The methodology will be precisely the same as that of the 2012 Mngeni River walk. We will record by means of photograph, Dictaphone and GPS all impacts seen and in addition will conduct regular water Mini SASS tests. After the walks, reports will be compiled on our findings, in the same format as the main 240 page report on the uMngeni River walk undertaken in May 2012 and we will also compile reports for landowners.”

Due to development and growth of invasive alien plants in the catchment, the flows in our rivers have dwindled and the pollution load increased.  With the removal of, and damage to natural ecosystems that filter pollutants, attenuate floods and release water during drought periods, the quantity and quality of water in these rivers has been affected to the point where there is no longer any assimilative capacity.  The result is water that is severely polluted by sewage as well as runoff from agricultural and industrial developments and rivers that alternately flood or dry up to a trickle of their former flows.  This affects our ability to adapt to climate change and the requirements to provide food and work for our burgeoning urban population.

After walking the Lion’s River, the team intend to make this information available to landowners and other stakeholders and then  proceed to the other tributaries as time and funding become available – Karkloof, Dargle, Furth, Indezi, Gwenspriut, Symmonds Stream. Rietspruit, Mpofana and Yarrow.

The N3 Route is the major ‘artery’ to Durban, pivotal to economic and social development.  The Mngeni River and it’s tributaries (the KZN Catchment) are often called the ‘lifeblood’ of KZN and the connections between these two visual symbols of prosperity and well-being make this an ideal partnership.  Particularly, as N3TC is a major sponsor of the world renowned Midmar Mile and shares a concern that the viability of the event could very easily be threatened by poor water quality.

This project provides a unique opportunity for N3TC to be directly involved in Conservation alongside the N3 Route and contribute to protecting essential ecosystems services and biodiversity.  The MCF provides an inspirational example of collaborative conservation and community cooperation and has the potential to be replicated in other areas between Cedara and Heidelberg where N3TC is involved. 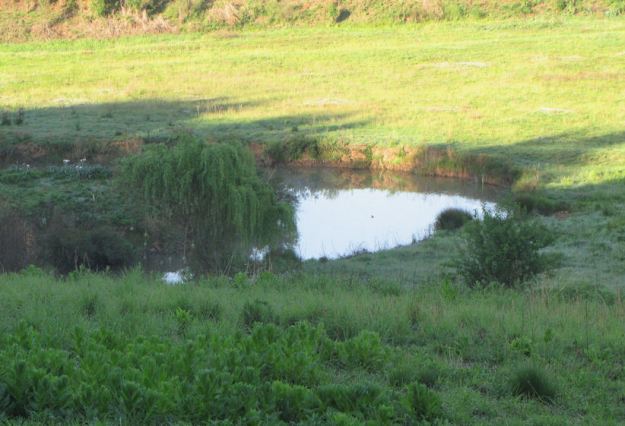 All four landowners whose properties will form part of the Dargle Nature Reserve have completed the final documents and they have been sent to the MEC for signing.   Barend Booysen (landowner) and Gareth Boothway (MCF Biodiversity Stewardship Manager) are obviously delighted at this progress. 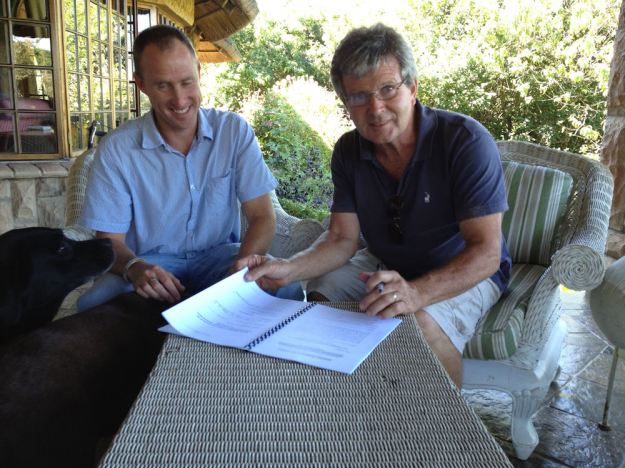 Gareth says “The establishment of the Dargle Nature Reserve will contribute to the long term protection of the Critically Endangered Midlands Mistbelt Grassland and the Vulnerable Eastern Mistbelt Forests of the Midlands.  These vegetation types are known to contain a great diversity of plants and animals, some of which are endemic to the Midlands.  The Nature Reserve is placed with in a highly productive landscape on privately owned land, providing the ideal habitat for  a number of iconic species.  Take a walk through the forests and grasslands and you are likely to spot Oribi, one or two of the Crane species, Cape Parrot and Samango Monkey. It is fantastic to see private landowners making this invaluable contribution to conserving KZN’s biodiversity, increasing the green footprint in our country.” 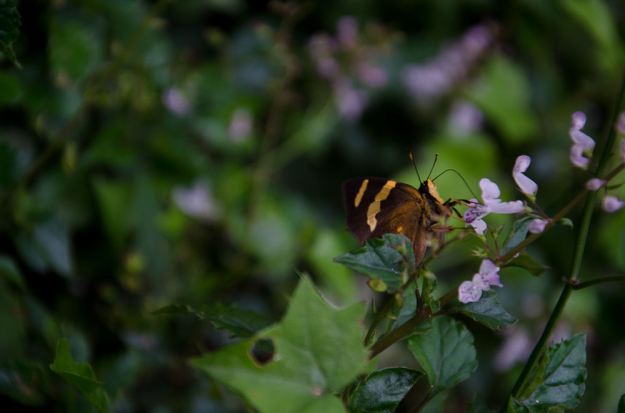 Many years ago the Dargle Conservancy, through the vision of Andrew Anderson,  began working towards having a large area of private land officially proclaimed as part of the KZN Biodiversity Stewardship Programme to protect areas which contain critically important habitats. Due to changes in personnel and lack of capacity,  it has been a long road.  Unfortunately along the way, a number of landowners have pulled out,  so the original area of 2000ha has reduced to 890ha.  We are confident however that once this segment is completed, it will grow.  A number of neighbours have already expressed interest in being part of Phase 2.  Andrew comments “The future of biodiversity conservation is in the hands of the landowner. Accolades must go to the landowners who have made such a bold and forward-thinking contribution to conservation in South Africa.” 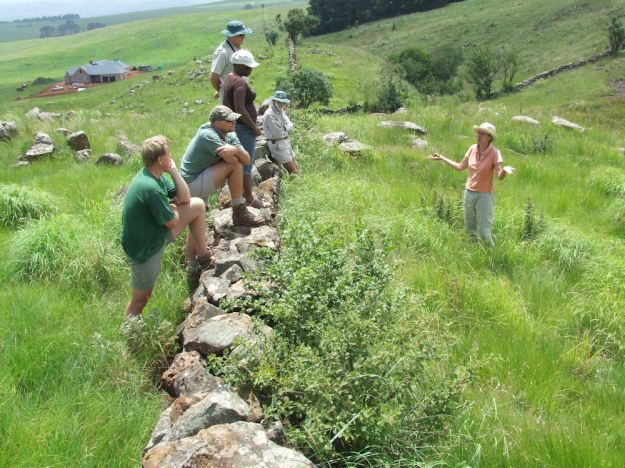 Kate Robinson, whose 100 hectare property, Lemonwood, forms an integral part of the Reserve said “I am thrilled to be part of this, as I firmly believe we have a duty to take care of natural resources for future generations.  This means that no one will be able to come and build 20 cottages in this lovely patch of forest, ever.”

Part of Dargle Farm, owned by Graham and Vicky Griffin, will also be protected.

In 2009, in a bold plan to strengthen the food web, 40 Rock Hyrax (Dassie) were reintroduced into an area that was once home to a thriving population on the Dargle Farm. The Dassie is the most important component of the food web that is missing from parts of the Dargle and as this is strengthened, the Conservancy hopes other rare species will return.  Since then, Graham has introduced two more groups to improve the gene pool and reports that they are often spotted, are settled and breeding.

Old Kilgobbin Farm, owned by John and Carl Bronner has areas of grassland and forest and many springs and streams – important source of water for millions of downstream users. 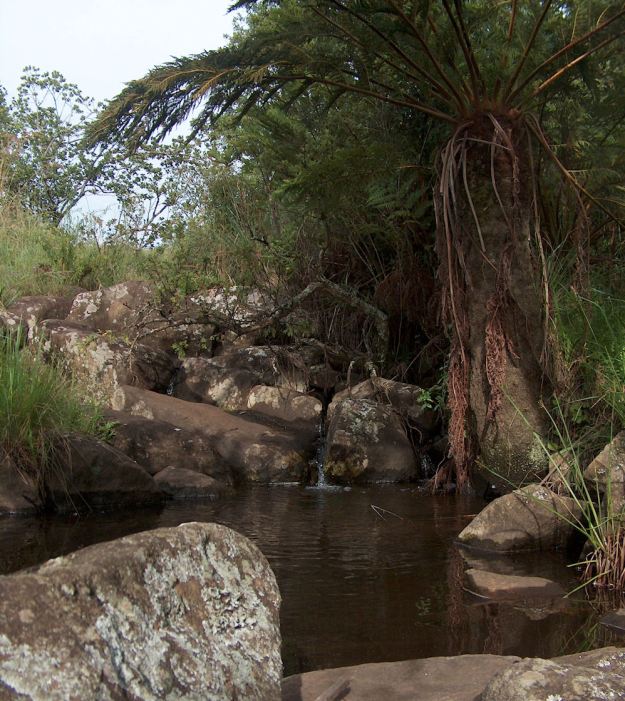 The Booysens of Kilgobbin Cottage were the first to offer regular walks in the Midlands. this programme has now grown to include 12 walks. Barend must be thanked for his commitment over many years hosting those who don’t usually have access to the countryside. The walks serve to inspire everyone to cherish biodiversity and to understand the eco-system services which these areas provide humanity. Visitors relish the opportunity to get up close to some of the special trees, which include: towering Yellowwoods, ancient Lemonwoods and majestic Prunus africana, and to marvel at the ferns and mushrooms on the forest floor.

Chair of the Dargle Conservancy, Nikki Brighton commented. “In the Dargle we take our role as custodians of an important water catchment and some of the most vulnerable biodiversity in South Africa seriously.”

What is the Biodiversity Stewardship Programme?  Click here to read about the MCF BSP 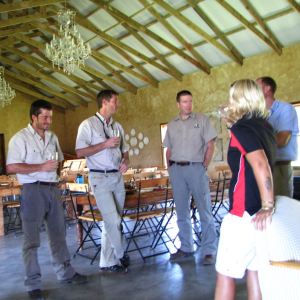 Yesterday, Wildlands Conservation Trust gathered a group of local environmental NGO’s to meet their American guests.  The group from the Critical Ecosystems Partnership Fund (CEPF) was visiting South Africa to observe the biodiversity stewardship projects they are funding in the Albany-Pondoland-Maputaland Hotspot in action and to meet the people who make this happen. 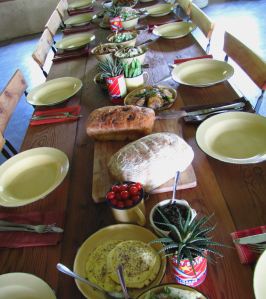 The Midlands Conservancies Forum was delighted to host the group at The Cairn of Old Kilgobbin in Dargle, knowing that our part of the world is particularly special and certain to impress.  The venue, on a working farm beside the mist-belt forest, was ideal for the occasion.  Dargle Local Living (an initiative of the Dargle Conservancy) took the opportunity to showcase local produce and provided lunch. This ensured that the meal had a very low carbon footprint, appropriate for a gathering of environmentalists.  Everything was grown and produced right in the Dargle Valley – besides the Notties beer.  On such a hot Summer’s day, a couple of additional kilometres were easily forgiven!  Daniel Marnewick and Nick Theron of Birdlife commented that they felt a whole lot better about driving all the way to the Midlands, knowing the low food miles their lunch had produced. 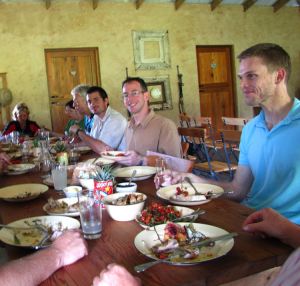 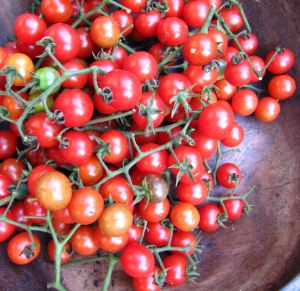 “Delicious” pronounced Patricia Zurita, Executive Director of CEPF.  Peter Thompson added “I was blown away by the amazing lunch. Food like that needs to be savoured very slowly and discussed…”  The table decorations of succulent Hawothia plants were a conversation point too. Dumile Tshingana of Wildlands, explained to curious diners – “they are called umathithibala in Zulu and planted at entrances to discourage unwelcome men and as a protective charm from lightning.”

A few presentations on Midlands Projects followed.  Nikki Brighton introduced the concept of the MCF with glorious photographs of the fauna and flora and scenery of the Midlands (Tanya Smith of EWT was particularly delighted at all the crane photos).  Christina Potgieter represented the Botanical Society, illustrating the important areas they plan to protect under the Biodiversity Stewardship Programme.  Peter Thompson from the Game Rangers Association of SA and Jan Phelan of PAMS talked about the new era in conservation, their training programme and many other ideas. 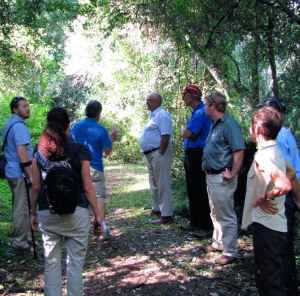 To escape the afternoon heat, everyone headed for the forest at Kilgobbin Cottage, led by Barend Booysen.  This forest walk is one of the most popular on the Midlands Walks calendar.  Knysna loeries flashed red overhead, Samango monkeys clambered in the tree tops, a tiny bright green spider was spotted and everyone savoured the shade and damp earth under the cool canopy. Ren Ito of the World Bank, couldn’t believe his luck. “I have only just moved to this post in environmental matters. I used to spend my time at airforce bases in war zones and inspecting nuclear sites.  This has been wonderful. I am so glad that I finally came back to the real earth, and very much enjoyed joining you all today.” 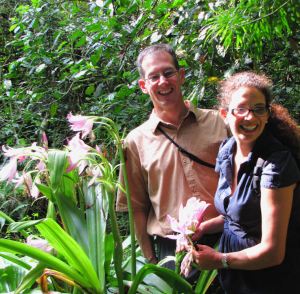 A cup of tea was just what was needed as the afternoon shadows grew.  Served with delectable chocolate brownies, thick jersey cream (and fresh Cape Gooseberries for Kevin McCann, which Russell Frandsen from CEPF tasted for the first time) – delicious. We thanked CEPF for spending time getting to know our projects and Patricia Zurita thanked everyone for the work they do with such enthusiasm and passion on behalf of the planet. 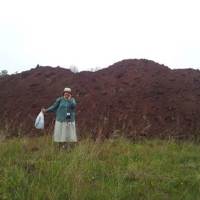 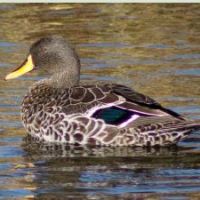 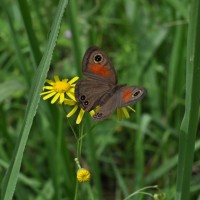 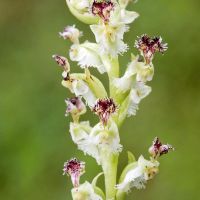